SCOUTS South Africa is a volunteer run organisation with a limited number of paid staff. Mpumalanga has a very active and vibrant Scouting programme run by a fantastic team of volunteers.  This is our dynamic and experienced Mpumalanga management team! Lucy Magagula joined the Scouting Movement in 1999 to make a change in the lives of the youth in her community and Mpumalanga. She started as a Pack Scouter and then in 2005 took on the role of Assistant Area Commissioner Cub Programme. In 2009 she became the Deputy Provincial Commissioner and in 2010 she became the Regional Commissioner which was renewed in 2014. She is now also a member of their Regional Training team.

Seeing where the kids that started in her Group as Cubs are today, is very special to her. The difference that Scouting makes in the lives of people around her, is what keeps Lucy in the Scouting Movement. What Scouting adds to Lucy’s life makes her feel certain that she is at the right place and it also makes her appreciate herself even more. While empowering others, she also feels motivated as she gets to learn from the others too. As a former teacher she believes that learning never stops and that is what motivates her.

Mr Khonzaphi Mdaka graduated at the Madadeni Technical College in Electrical Engineering. After gaining experience within a number of companies, Mr Mdaka joined Halls as an assistant electrician. Due to his hard work, diligence, determination and skills he has risen through the ranks and is currently a Project Manager. The journey wasn’t easy, but the character and ability to overcome challenges is something Mr Mdaka attributes to his life within the Scouting Movement.

Khonzaphi joined Scouting in 1994 at Mataffin. In 2000 Dudley James invited him to join him as a Deputy Provincial Commissioner. In 2002 Khonzaphi became the Provincial Commissioner and Dudley took over as Provincial Chairman. In 2011 he then took over as Provincial Chairman and was elected at the National Scout Council to serve on the EXCO and on Steercom which oversaw the REVIT Programme. “I aim to consolidate the properties within SSA and ensure an effective use and economic return on investment through efficient maintenance programmes and renting out of the properties.” 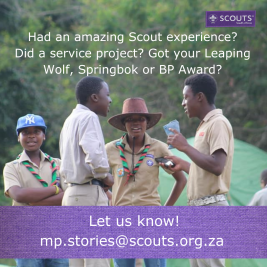 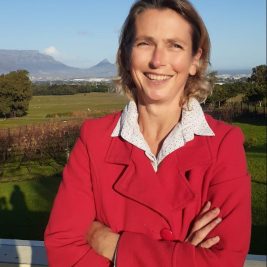